The GCSE Grading System: Everything You Need to Know.

Existing school students in the UK, as well as many past pupils, will be aware of GCSEs, but not everyone understands the current GCSE grading system. This is because from 2017, the results grading system began changing, implementing numbered grades instead of letters.

This may sound relatively self-explanatory, but there are many individuals and learners who struggle to grasp the new GCSE grading system. Adults who decide to go back into education are unlikely to know the intricacies of how the current grading works.

For those of you asking, ‘what is the GCSE grading system?’ then continue reading! We have broken down the grade scale so that you fully understand the system. So, if you want to go back into education to retake your GCSEs online, you will feel confident knowing the new grading system inside and out. 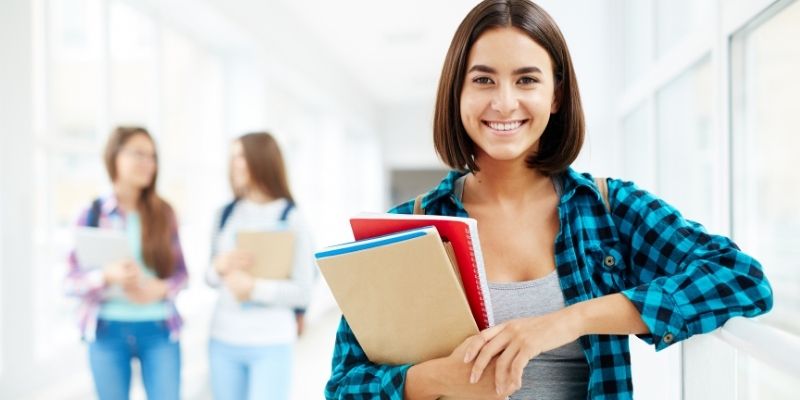 Before we delve into the new grading system, we first need to understand what these qualifications are. GCSE stands for General Certification of Secondary Education, and it is a qualification that is taken by most students in the UK when they reach the end of mandatory education.

Each course takes around two years to navigate through, with students, generally at the age of 16, completing coursework and exams to achieve their final qualification. Essentially, 11 years of schooling leads to these qualifications. There are many reasons why they are important, including the following:

Traditionally, these qualifications were graded from A* to G, with A* being the highest grade you could achieve. Now, there is a 9-1 grading system. So, how did we get to this point? We have outlined the timeline below: 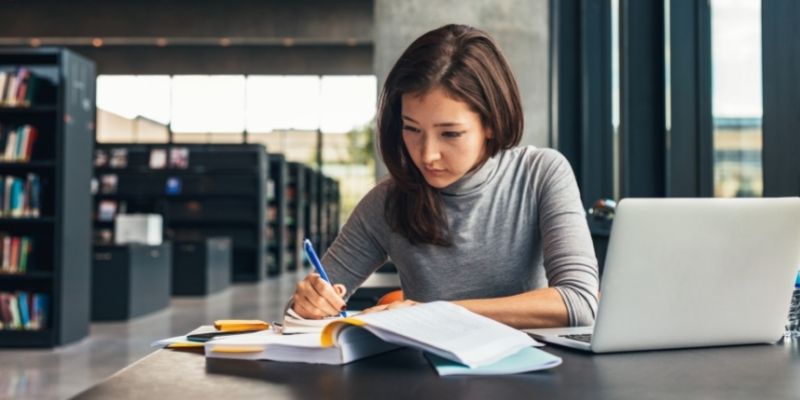 Why Did They Change the GCSE Grading System?

The purpose of changing the UK grading system was to make the qualifications more demanding and challenging, ensuring that students gain the skills and knowledge they need to succeed in whatever career path they choose.

The decision to change the system came after a lengthy process in which the Department for Education collaborated with schools, universities, and employers. With this new grade scale, there is greater differentiation as learners can gain ‘higher’ versions of each grade as opposed to a standard grade. The changes also include:

Some may assume that the new grading system is just the numbered equivalent of A* to G, but that is not the case. The 9-1 grading system does not directly replace the lettered scale. This is because:

What is a Good GCSE Point Score?

If you are thinking about a good score in terms of individual grades, or an average point score from a series of grades, then we can give you some clarity below:

What is a Fail in GCSE?

Anything below a 4 is a fail under the UK grading system, with U standing for ‘ungraded’, which was the same in the previous system. If you failed your exams at the time, there are solutions for you, such as:

As mentioned above, any grade below a 4 in the 9-1 grading system will be registered as a fail, so if you score 3 in a subject, then you will have to retake it to earn the qualification. Keep in mind that grades 3,2, and 1 are the equivalent of:

What is a Grade 4 in GCSE

Under the current UK grading system, a grade 4 is considered a standard pass, which is the equivalent of the traditional C grade. Most higher education establishments and employers will accept a standard pass, but please check beforehand.

For those of you hoping to target a traditional B in the current grading system, then you should aim for a grade 6. With this qualification, you should meet entry requirements for various further education establishments.

What is Grade 7 in GCSE?

If you achieve a grade 7 in your exam, then you will have the equivalent of a traditional A grade, one of the most coveted grades at this level. The grades above and their equivalent are listed below: 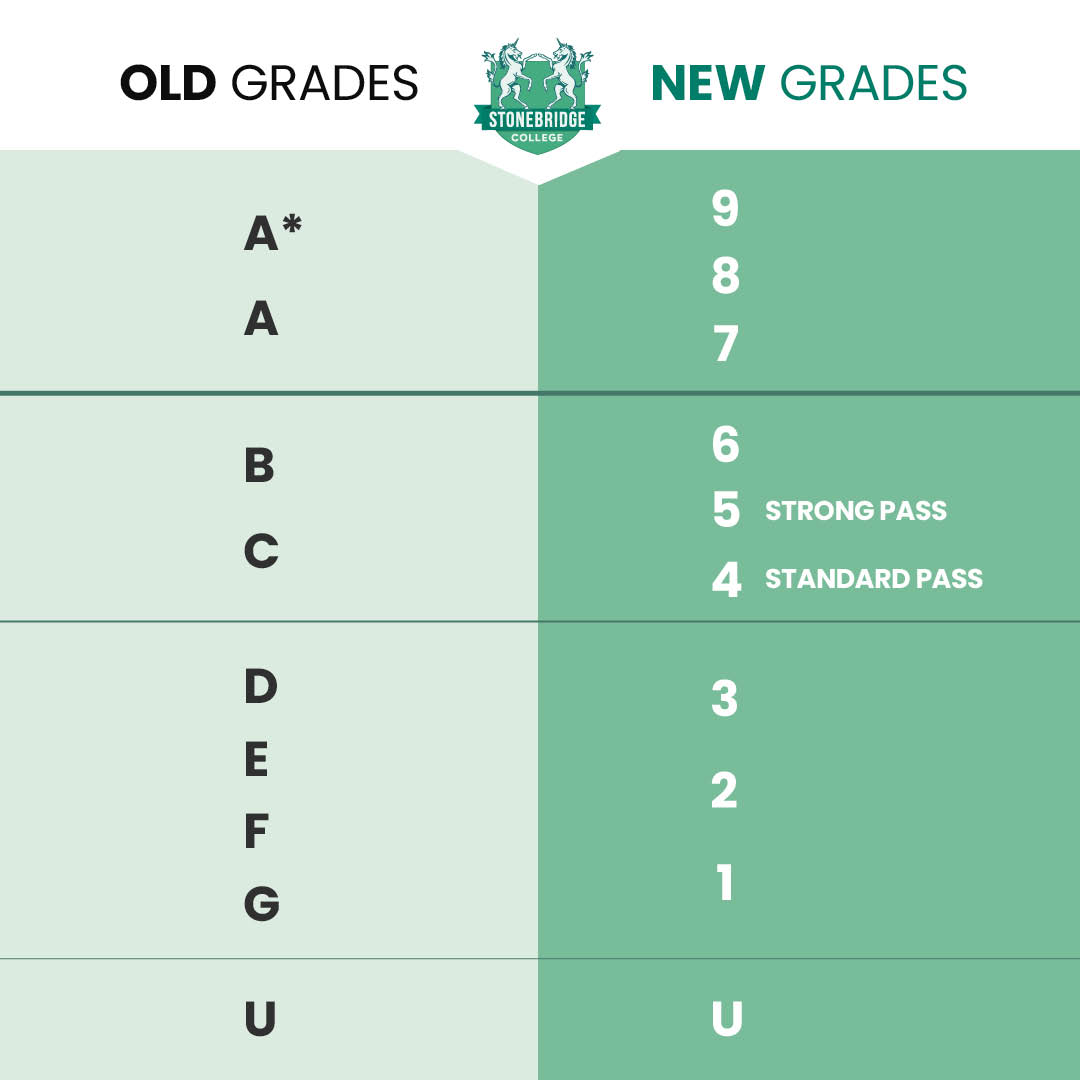 How Has the New GCSE Grading System Impacted Learning?

One of the most obvious issues with the revised UK grading system is the confusion over what each grade means. Like anything that is altered, it can be difficult getting to grips with a new system, but with the grades not being the numbered equivalent of A-G, it makes them even more confusing.

In addition to this, it was found in a study by social mobility charity Sutton Trust that disadvantaged pupils were more likely to be negatively affected by the system. The report, Making the Grade, led by Professor Simon Burgess and Dave Thomson from Bristol University and FFT Education Datalab respectively, claimed that the gap between disadvantaged and non-disadvantaged “increased” as a result of the grading change.

However, many believe that the 9-1 grading system is beneficial to students as it highlights the following:

If you did not gain the qualifications you wanted during your school years, then you have another opportunity! Many have the misconception that you can only gain these Level 2 qualifications when you’re in mandatory education. The truth is that there are course providers like Stonebridge Associated Colleges that present learners with another chance.

Perhaps you need a certain GCSE to gain a place at college or university. Alternatively, maybe your employer requires you to be qualified in basic level English and Maths. If you don’t have these qualifications, it can feel like your academic and professional career has come to a halt.

However, thanks to our courses, you can get the qualifications you need, all from the comfort of your own home! With Stonebridge Associated Colleges, you can study GCSEs in a range of subjects, including:

All of the course content can be completed online, but you will have to take your exam in a certified exam centre, which we can book on your behalf.

So, why study with us? We are one of the UK’s leading distance learning providers, delivering more than 650 courses in a range of subjects covering a vast array of industries. We help individuals from all walks of life achieve their career goals.

Whether you are jumping back into education after a spell out of work, or you are starting from scratch in a new industry, we provide a host of courses that will get you on the right path. There are plenty of benefits to studying with us, including:

Now that you have grasped the current grading system and understand our distance learning platform, enrol on your chosen course today by calling 0121 392 8288. Or contact us online to get started!