Learn About the Wonderful World of British Birds of Prey.

Have you always been fascinated by birds of prey? Would you love to know more about these wonderful creatures? Well, if you have a particular interest in British birds of prey alongside the world’s rarest, smallest, and biggest bird of prey, then continue reading!

We have accumulated some of the most interesting facts about the various types of birds of prey, including the ones commonly found on UK shores. By learning about these majestic and imposing creatures, you will be able to pursue a potential career working with British birds of prey. Even if you don’t have career ambitions in this sector, you can still brush up on your knowledge by exploring your interest!

What is a Bird of Prey?

Essentially, birds of prey are part of the bird family, but they catch their food using their feet as opposed to their mouths. They prey on other animals as food, and they are built physically to hunt. Instantly when you think of a predator, you will imagine a grand and daunting figure that stalks their prey before going in for the kill.

While most British birds of prey, and their international counterparts, are designed for hunting, not all of them are the same size or use the same technique when it comes to searching and capturing their food. Most birds of prey, though, are physically similar, even if they differ in size.

For example, most British birds of prey and others around the world have the following physical features:

With the attributes above, the smallest and biggest bird of prey can hone in on their prey swiftly and capture them using their talons. Given that most types of birds of prey have strong wingspans, they can soar high into the air quickly to evade any competition for their food.

One of the many great things about these winged creatures is that there are different types of birds of prey dotted all around the world. From sweltering deserts to ice cold mountains, birds of prey can live in various habitats depending on the species of bird.

British birds of prey, for example, will likely reside in farmland, woodland, and some cities, whereas South American birds of prey may habitat in the mountains. The intimidating and fierce nature of birds of prey are undoubtable, but they bring plenty of ecological benefit to the world. Whenever an old or weak animal is removed by birds of prey from prey populations, the natural habitat is preserved and maintained.

Also, with these apex predators being an indicator species, changes within their population provides us with important insight into the condition of their environments. Researchers will be able to pick up on issues of climate change or wildlife trade, for example, if there are changes within the population of birds of prey. 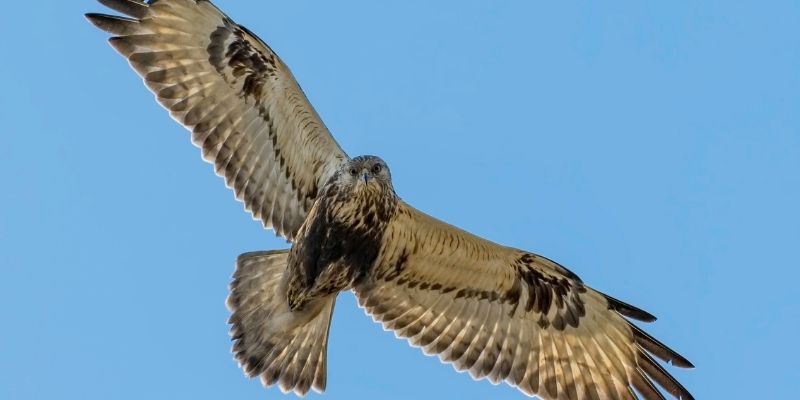 How Many Birds of Prey are There?

Firstly, it is important to note that while birds of prey are commonly known by this term, their generic handle is ‘raptor’. This term includes all types of birds of prey, including the following:

It is difficult to provide an exact number when it comes to types of birds of prey because there are so many species that have probably not even been discovered yet. As it stands, there are more than 500 species of birds of prey across the world, and they come in all shapes and sizes. From the smallest to the biggest bird of prey, they all contribute something to the environment and our ecosystems.

What Wild Birds of Prey are in the UK?

In the UK, there are an array of types of birds of prey, but the most common British birds of prey are as follows:

British birds of prey generally feed on reptiles, fish, insects, birds, molluscs, and small mammals. Most of these types of birds of prey are diurnal, which means that they hunt for food during the day as opposed to night, but there are some owls, for example, that are nocturnal and hunt after dark. 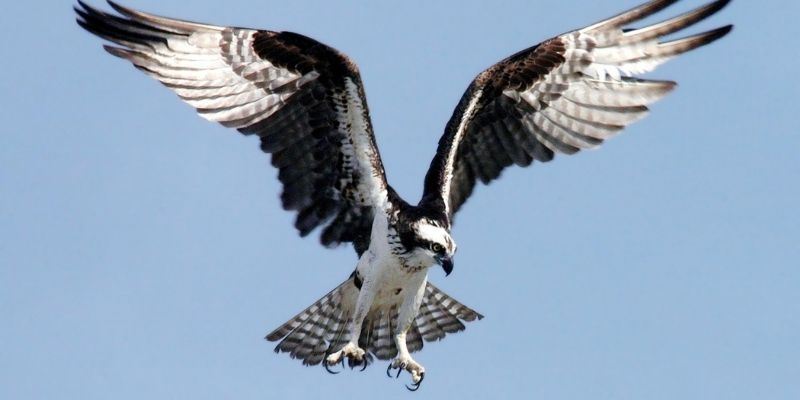 What is the Rarest Bird of Prey in the UK?

They have a wingspan of just over 1 metre, and they prey on small birds, as well as voles, shrews, rabbits, lizards, and insects. In some instances, they will feed on worms, molluscs, amphibians, and snakes.

These British birds of prey tend to frequent the country between May and September, and while their nest sites are unknown, they can generally be seen in the coastal areas of England, mainly in the south and east.

What is the Smallest Bird of Prey in the UK?

The smallest bird of prey that can be found in the UK is the Merlin. Its wingspan sits at 50-62cm and the males can weigh up to 234g, while females weigh in at around 300g. Their smaller size allows them to dart about quickly, and their wings tend to cling close to their body.

There tends to be an influx of Merlin birds in the winter because they come to our warmer climate from Iceland to breed. In terms of food, these birds of prey predominantly eat small birds. If you want to spot a Merlin, you will have to be along the south west of England up to Shetland. Generally, these types of birds of prey will be in moorland. However, in the winter they tend to frequent coastal locations.

What is the Most Common Bird of Prey?

Out of all the birds of prey across the world, the most common one you will come across is the Osprey. It is found on every continent in the world aside from Antarctica, and it is usually mistaken for the bald eagle because of its white head and size.

The Osprey is among the British birds of prey, but more of them reside in Scotland as opposed to the rest of the UK, but they can be spotted in some areas in the north east of England. Unlike some other types of birds of prey, the Osprey only eats fish, so they tend to hunt in coastal spaces.

How to Study Birds of Prey

If you would like to take your interest in British birds of prey to the next level, then enrol on a course that could potentially springboard you into a career working with these fantastic creatures. With Stonebridge Associated Colleges, you can enrol on an Ofqual regulated course that provides you with a qualification that you can use to pursue your desired career.

The Birds of Prey Studies Level 3 Award (RQF) is delivered online, apart from a 1-day practical session that will be held at the Wye Valley Falconry in Herefordshire. During the practical, you will be able to see first-hand what it is like to care for the health and welfare of British birds of prey.

The theory portion of your course consists of the following units:

During this unit, you will learn:

Unit 2: Care and Welfare of Birds of Prey

In the second unit, you will learn:

To successfully achieve your Level 3 Award, you will need to gain 10 credits, which will come from a series of in-depth theory assessments. With this qualification, you can progress on to further studies, undertake occupational training, or sign up for a volunteering position.

While British birds of prey may be your first passion, you can also explore a range of other careers. Whether you want to become a Wildlife Biologist or begin a career in African Wildlife Conservation, we have online courses that can help you get there. 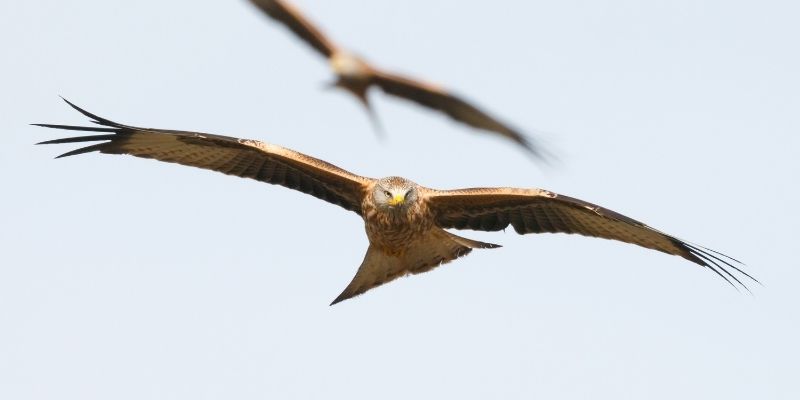 If you are keen to learn more about British birds of prey or pursue a job role that involves working with types of birds of prey, then studying a course is the best way to start! What’s more, you get to study for your qualification in the comfort of your own home, with no term times, exams, or classroom restrictions.

To find out more, speak to one of our Course Executives on 0121 392 8288 or contact us online. Alternatively, scroll through our range of animal courses!